You are now leaving

The information you are about to be referred to may not comply with Australian regulatory requirements.

Information in this website is general information only. Please speak to a healthcare professional for any medical advice.

Aged 36, is a motivational speaker who lost his legs because of the illness at 18 years

I WON’T GIVE UP: LIFE AFTER MENINGOCOCCAL DISEASE

“It’s a confronting experience but one that I want to use to help others. For me that’s the most important thing I can do.” - Mike

Meningococcal disease is a rare, but potentially devastating bacterial infection of the blood and/or membranes that line the spinal cord and brain. The illness can strike at any age, but children up to four years old and adolescents aged between 15 and 19 years old are at higher risk.1 Different strains cause invasive meningococcal disease and most Australians at risk are not fully protected.

Meningococcal disease can progress rapidly and be difficult to diagnose. The early symptoms such as fever and headache can easily be mistaken for a common cold. The distinctive meningococcal rash is an advanced symptom, which may or may not occur during infection. While most survive, if it is not diagnosed and treated quickly, meningococcal disease can lead to death or serious consequences within 24 hours.

Up to one in ten of those infected may die2,3 and around one in five may suffer serious long-term disabilities including brain damage, deafness or loss of limbs2

Australian champion golfer, author, motivational speaker and counsellor, Mike, 36, is part of a new national portrait series, I Won’t Give Up, which celebrates the strength and resilience of Australians who have been impacted by meningococcal disease.

In 2000, 18-year-old Mike remembers being dropped off at a friend’s house and kissing his mum goodbye, before going away on a football trip. His next memory is waking up from a coma five-and-a-half weeks later and being told he had contracted meningococcal disease, the consequences of which were extremely serious, – including the loss of limbs, impaired kidney and liver function, and bleeding to his brain.

Nearly two decades later, Mike is one of seven Australians photographed by world renowned, Australian-born photographer Anne Geddes. The portrait series celebrates life after meningococcal disease and is a tribute to their courage and hope for the future. 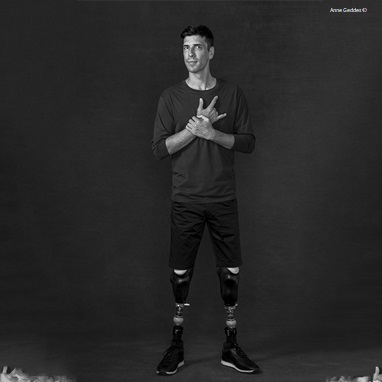 In Mike’s case, critical complications related to the disease meant that doctors originally gave him little chance of survival. “It was complete devastation. I was a very sporty teenager who thought he had the world at his feet. Suddenly, literally, I had no feet. It completely turned my world upside down,” Mike said.

“In those early stages all I could think about was ‘I want to live’ and ‘I want to survive’. Whilst there were some horrific moments when I thought ‘this might be it’, I was always very determined. I focused on all those life moments that I didn’t want to miss.” Mike said his recovery was aided by the decision to embrace his new reality.

“It’s a confronting experience but one that I want to use to help others. I look at what happened to me and think ‘how can I use it to make the same path to recovery a little easier for other people?’ For me that’s the most important thing I can do.”

Anne Geddes, known for her iconic images of children, became a global ambassador for meningococcal disease after witnessing a devastating outbreak in New Zealand while living there with her young family. She recently spent time in Australia photographing seven Australians whose lives have been forever changed by meningococcal disease.

“Mike’s very focused on moving forward. He’s an incredible advocate for people living with disabilities. His portrait shows a determined man, standing strong and going forward with his life in a positive way.

“We need greater awareness of meningococcal disease and prevention options. Hopefully if Australians have a better understanding, no one will experience the loss of a loved one or the lifelong impact of the disease. Out of tragedy or by overcoming adversity, the individuals portrayed in I Won’t Give Up have created something beautiful,” Anne said.

In sharing his story, Mike wants Australians to be more aware about meningococcal disease and go talk to their doctor for more information about the disease and how to help protect their family.

In helping to tell their stories, Anne wants Australians to be more aware about meningococcal disease

Know the facts about meningococcal disease

I WON'T GIVE UP: STORIES 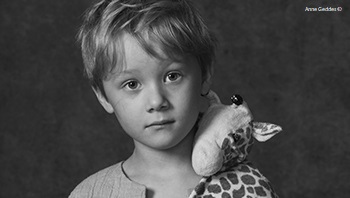 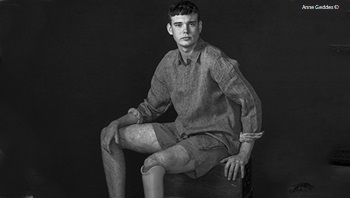 Thorn, aged 19, lives with the physical and psychological impact of the disease he survived 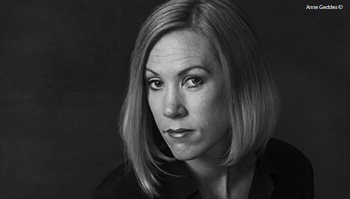 Erica, aged 36, who is legally blind after surviving the illness at 17 years old 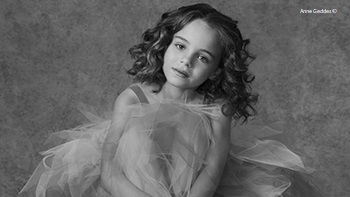